You are here: Home / Meditation / What is Mantra Meditation? 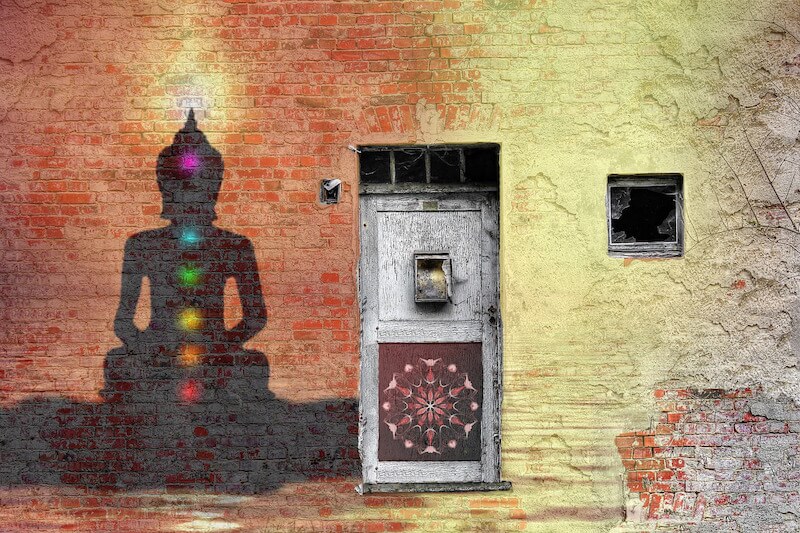 There are many thousands of different types of meditation practices around today, but we believe it is best to start with the simplest and most straightforward. Mantra means “that which liberates the mind.” It is a vibratory pattern of sound, which is universal in its effects and application. The yogis discovered certain ways of controlling and developing the mind by using sounds, both aloud and mental. When one repeats a mantra, whether you understand it or not, it is having a subtle effect on your consciousness. The effect varies according to the mantra and the application of it.

There are many mantras from all over the world and in many spiritual cultures. There are Yogic mantras, Christian mantras, Aboriginal mantras, South and North American Indian mantras, African tribal mantras, Tibetan mantras and others. They are all effective in transforming the structure of human consciousness in any cultural context because they are all a part of a life science called Mantra Yoga. How does this happen?

Each part of a human being and all those parts together are vibrating at certain frequencies. This is known by the esoteric and orthodox sciences alike. Some of these frequencies can be monitored by scientific devices as in the preceding example of the Lama and the brain machine. Another proof is that when the mind is disturbed, a harmonious pattern of thought can be re-established by listening to beautiful music or repetition of a harmonious sound pattern such as a particular mantra. According to the yogis (and modern science is now also discovering the same), even though it is a vibration of sound and even some states of consciousness beyond thought are subtle vibrations of sound. Through the practice of Meditation, certain patterns of supramental vibration are able to change the quality and vibrations of our thought patterns. This is the essence of Mantra Yoga.

But mantras are not all designed to give instant and perfect harmony to the mind. The science of Yoga maintains that to achieve lasting inner peace and supreme consciousness truly, the necessary process is to clear the blockages, release the energy and expand consciousness until true Meditation (a state beyond thought) exists. Along the way, there will be times of both war and peace within yourself. This is perhaps not what a lot of people are expecting or wanting from Meditation. Many think that we should just throw a cloak of suppression over all the nasties in the cupboard, paint a sweet face on the front and hope that everything will be alright. But this is not Yoga nor is it true Meditation. They are much more than this.

The vibrations created during the practice of Mantra Yoga will slowly and gently loosen the blockages of thought and feeling, relaxing that suppressed energy, allowing it to flow for better health and more life energy. It will also expand the perimeters of your consciousness into a new state of perception and awareness. But you have to give it time and practice. You have to hang in there.

The Process of Mantra Meditation

The Body. First, find a sitting position on the floor that will be comfortable for the duration of your session. The relevance of sitting on the floor is explained following.

The classical postures are the most preferred traditional ways of sitting for formal meditation practice. They have been tried and proven over thousands of years by the yogis, and have been found to give the greatest assistance for the physical stability, spinal energy flow, and mental equilibrium necessary for successful Meditation to occur. The student should only attempt and use a posture which is not unduly uncomfortable. Regular practice of the preliminary Pawanmuktasana Exercises is recommended to advance in sitting ability for longer periods of time with a gradual increase in time spent in the formal meditation position. Remember – progress will be gained by careful and systematic practice, but damage can be done by over-stretching one’s ability.

When you begin the practice of Meditation, the body will become the first distraction or hurdle to overcome. Only continue a meditation practice up to the point where physical sensations can no longer be transcended. Forcing the body or mind beyond this limit will only induce more tension in practice.

Some key points to remember about sitting for Meditation.

It is preferred that you are sitting on the floor. Furniture should not be used if you’re able to sit on the floor. Lying down is not considered proper and prohibits the full benefits of most meditation techniques. By sitting on the floor with the legs crossed or folded, you are creating a spiritual gesture. That is – to being grounded, with buttocks as the base, with legs (the organs of action) disabled. The spinal column is the connecting rod of consciousness between the grounded root chakra and the most elevated crown chakra, the opening towards the heavens.
The spine should be straight. The spinal column is the conductor of inner spiritual force which will keep the consciousness at a high level needed for concentration and Meditation. Initially, it may not be straight, due to physical tension, but with the practice of other postures, in time it will become so. Initially, there may be blockages of Prana or energy in different areas of the spine, but again, with the practice of Asanas and Pranayama, these will gradually be removed.

It is best for the hands to be placed on the knees. Firstly to remove them as a visual distraction, and secondly to create an energy circle, within the body. The thumb and first finger of each hand should be touching in a circle. With palms placed upwards on the knees, this is called Chin Mudra. With palms placed downwards, this is called Gyana Mudra. These Mudras symbolize the Union or Oneness that can be attained through Yoga and Meditation.

To help straighten the spine and relieve back tension, place a small cushion just under the rear of the buttocks to elevate the hips slightly and tilt the pelvis forward. Ideally, this should be reduced and discarded after some months of improved posture.
In the beginning, it is not necessary to sit in a classic meditation pose, in rock-solid stillness. It is beneficial if you can, but don’t force or strain yourself into any posture. The straighter the spine, the better, but it should also be relaxed. If leaning against a wall is necessary, do this initially, but also remember to practice those asanas which will help to strengthen your back to one day achieve its support. If the legs become uncomfortable during the practice, by all means, move them, and then get back to awareness of the practice, but also remember to practice some important asanas to improve the flexibility of the legs.

During the meditation practice, the breath is not altered in any way. It should always be natural. Assuming that you have done some Pranayama before sitting to meditate, your breath should be reasonably relaxed. Remember at all times to just watch the breath, and if it changes, don’t interfere.

The mantra is the object of focus within the practice. It is like an anchor for a boat floating on a stormy sea. It is the stable object for the awareness to keep coming back to, if and when the mind swims away. It is there for several reasons. One is to give you a form to hold onto when the mind’s tricks become very subtle, and the other is to stop you drifting prematurely into formlessness. Whatever happens, the technique is to keep repeating the mantra, that’s your job, that’s what you’re doing, all the time. Don’t stop for any reason until the allotted time is up.

Your mind – that is your intellect, your memory, your thoughts, feelings, images, resistances, distractions – will come and go, test your patience and frustrate your efforts at inner peace. It is like a naughty child that will not behave. But we are not trying to make it behave. We are not trying to push it, nor pull it, nor force it in any way. And this is where many people completely miss the point of Meditation. We are only trying to repeat the mantra mindfully. You are not trying to wrestle with the problem mind, you just let it go, but keep on repeating the mantra and keep on gently bringing your attention back to the mantra. This may seem frustrating at first, but it does get easier and better with practice.

This is the key element to the whole process. It is the awareness or the consciousness that we are trying to identify with. That which is called Mind and that which is called Awareness are two distinctly different entities. The mind is just the inner vehicle for the movement of energy. Its nature is the ever-changing, the fluctuating, the restless, subtle mental impressions which come in the forms of manifested consciousness. But the awareness is something different. It is that which never changes. It always remains the silent observer. It is the true part of you which knows that the mind has run off again. It is the guide that brings you back to the practice when you forget. It is unmanifest consciousness itself. Just keep on practicing, and you will experience that one day.

There can be side effects from the process of meditation practice. Some seem good; some seem not so good. Depending on the inherent psychological balance (or imbalance) of the practitioner to start with, the amount of practice being done, and the type of lifestyle being led, the sorts of things that can occur as a by product include: getting sick, feelings of high sexual activity, boundless energy, increased sensitivity and subtle perception, psychic abilities, religious experience, lack of hunger, insatiable appetite, questioning your own sanity, questioning society’s sanity, relationship hassles, and primarily any symptom of cleansing and change from within oneself. But none of the above need happens to an inconvenient level if there is proper preparation, a balanced lifestyle, a balanced set of Yoga practices, and guidance by a teacher. Don’t now be worried about possible side effects or refrain from commencing meditation sadhana because you now suspect it won’t be plain sailing! There will be pleasant experiences as well as unpleasant, but the true purpose is to go beyond the affectations of either – to experience the non-duality of the state of Meditation itself.

So we see that Yoga = Meditation. That Meditation is both a goal and a process. That the different stages should all be balanced into one spiritual practice. That the gains of meditative experience can and should be applicable in everyday life. That we can validate our own meditation experiences upon ourselves. That expectations and preparations both have their place. That the process of meditation is from the gross towards the subtle. That side effects may be part of our healing and growing process. That the job of a mantra is to help loosen the inner tensions and not just wallpaper them over. That the results of proper meditation work will eventually be higher energy and expanded consciousness.

If all this sounds like what you’re after, then meditation may be for you. Yoga and meditation pre-supposes a need and desire for change within oneself. If you don’t want to change, then please do not take up Yoga/Meditation. You will only get a big surprise! 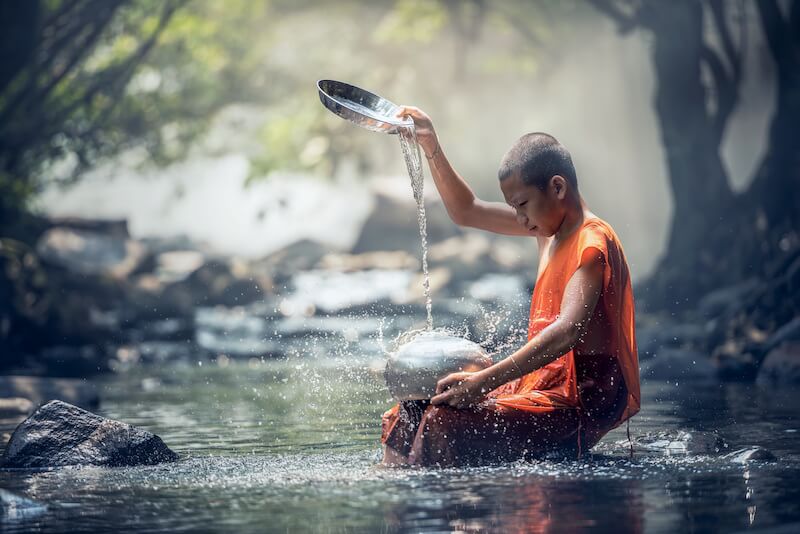 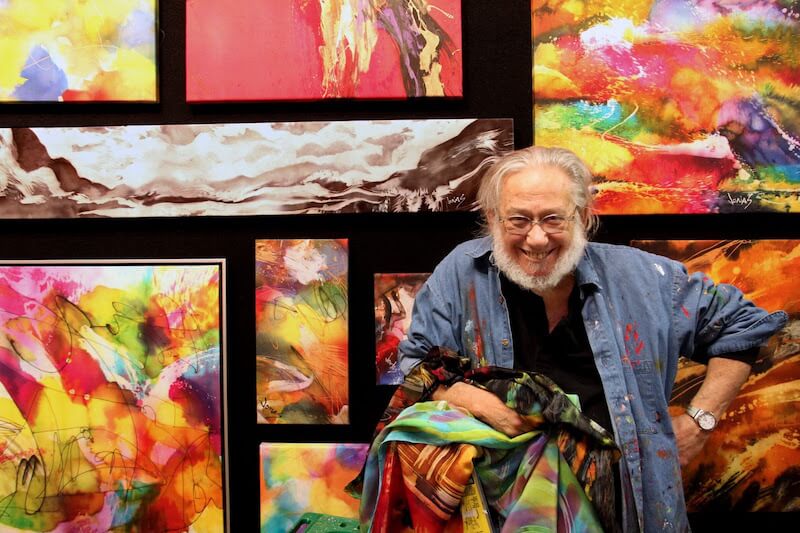 Jonas Gerard Explains How to Find Your Inner Self 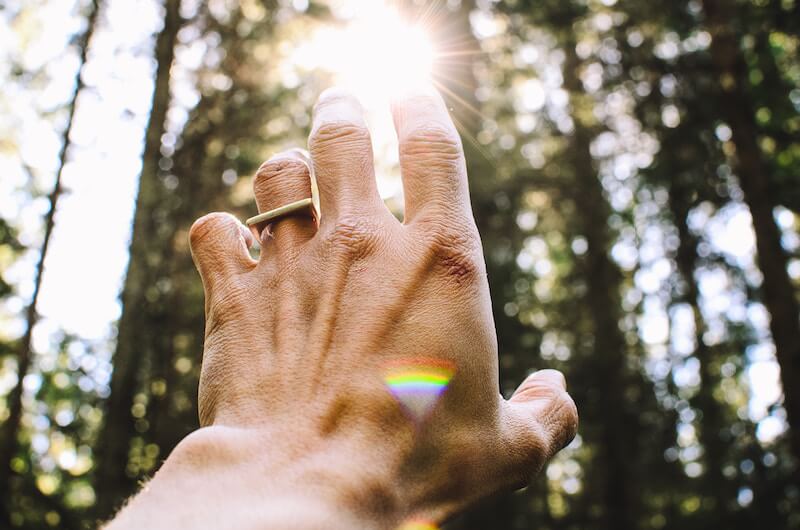