You are here: Home / Archives for Chidakash 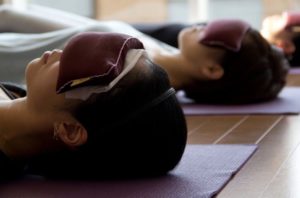 Yoga Nidra is the technique of Psychic Sleep, or the Sleep of Awareness, also known as the Yogi’s Sleep. It is an age-old practice from the Tantras which has been re-discovered and developed for modern people and is now being taught all over the world in many different spiritual and non-spiritual guises. Originally, it was discovered and developed by the Yogis as a way of transcending sleep.